Iran is known for its beautiful mosques – some of the largest, oldest and finest in the world. But without any doubt, the largest, and some of the most delicate shrines & mosques can be found in Iran’s two spiritual capitals: Mashhad and Qom.

Both are no tourist destinations, and this is surely one of the highlights when visiting both cities: you will be one of the very few foreigners / non-Muslim around town! Beware nonetheless that visiting the holy shrines in both cities is not as easy as visiting other historical mosques throughout the country: women will have to wear a chador, and access might be restricted, especially to the holiest parts of the Shrines.

Nonetheless, visiting one of the two cities when in Iran is a way to go Off The Beaten Track and to discover another aspect of the country: the more religious, the more devote, the most conservative part of Iran.

The Shrine of Fatima, sister of the 8th Iman, makes Qom the second holiest city in Iran, after Mashhad. This is conservative territory. This is where Khomeini lived and where the revolution against the Shah began.

I visited Qom back in April 2014, en route from Kashan to Teheran: Qom is conveniently situated on the main “tourist road” (Shiraz – Esfahan – Kashan – Teheran). All my Iranian friends were surprised when they heard I was going there. But I was too curious to leave out such a place and never regretted my decision – I would even claim that it was one of the highlights of my trip.

The shrine is huge, with lots of different impressive buildings. The architecture is simply stunning. Inside, pilgrims were milling around, men, women, families. Inside, many of the walls are almost blindingly bright, small pieces of mirror form geometrical mosaics.

To visit the shrine, female traveler must borrow a chador at the entrance – the lady guards are showing no mercy. To enter men and women use different entrances but inside, both can stroll around the place together, except inside the Holy Shrine of Fatima. The room with the very shrine is strictly unisex and no photos are allowed. The spirituality could be felt like moisture in tropical air.

I was so intrigued that I returned the next day. A sobering experience… First, I was not even allowed in. Iranians who watched the scene pointed to a different entrance. Once inside I had to register with a guide who politely guided me around, but refused me entering the Holy Shrine. On the positive side, he took me to an excellent museum inside the grounds that I would not have found myself.

Jamkaran Mosque, on the outskirts of Qom

Jamkaran Mosque, on the outskirts of Qom

After my positive experience of Qom back in April 2014, I decided to venture to the far east of Iran and discover Mashhad, during my second trip in September 2017.

Visiting Iran’s second largest and holiest city is quite an undertaking: this city is located near the border to Afghanistan & Turkmenistan, about 900 kilometers east from Teheran. To reach Mashhad, flying seems to be the easiest and by far quickest option! There are also night trains crossing the desert and reaching Mashhad conveniently.

Not many tourists come here, and especially no organized tours! One of the guides that took me around Imam Reza’s Shrine told me they receive 30 non-Muslim visitors on average per day… This is not much!

So why visit Mashhad in the first place? You mainly come here for the Haram-e Razavi or Imam Reza’s Holy Shrine, the largest mosque in the world, with 14 minarets, seven courtyards, three fountains, four museums, and of course the Holy Shrine of Imam Reza.

Imam Reza is a descendant of the prophet Muhammad, the eighth prophet for Shias, cherished for his high spiritual level. He died poisoned in 818 in a small village Sanabad, which was then called “Place of Martyrdom” by pilgrim, or “Mashhad”.

As a non-Muslim, you are not allowed to visit the shrine on your own: once at the gate, security will check that women wear a chador, that men are properly dressed and that you have neither bags nor cameras – Those will be taken to a safe for the time of the visit. Interestingly, mobile phones are allowed, and taking pictures with them is absolutely ok! Then a foreign speaking, free guide is called, who will accompany the visitors during the entire visit of the complex and answer every single question one might want to ask about the place, Islam, the Shrine…

First you are taken to watch a movie about Imam Reza and the Shrine, then are welcomed with a cold drink by a cleric who is eager to answer your questions about Islam and the Shrine – Be polite and think of a few questions to show your interest in the culture and religion. Then your guide will take you around. The guides I had on each visit were extremely knowledgeable and spoke brilliant English or French. Both insisted that I could take as much time as I wanted, and that they were happy to assist. The 4 museums inside the complex are definitely worth the visit, and belong to the cheapest in Iran…

Nonetheless, if you come after 07:00 pm and respect the rules (properly dressed, no bags…), you will most probably be able to get in and visit the complex on your own. This is exactly what I did on the first evening of Muharram, at the very first day of the Ashura, when large numbers of pilgrim gathered for the evening prayer, a very intense moment of devotion and communion. I even took the chance and entered the Holy Shrine of Reza, but did not stay long there nor took any pictures, which would have appeared too intrusive (and risky, as there are quite a few guards around…).

In Mashhad, the few foreigners, mostly experienced backpackers, stay at Vali’s Non Smoking Home Stay. Yes, Vali is a true character that knows the area very well, yes, diners are both delicious and very friendly moments, but the dorms are… very, very, very basic, and would desperately need an upgrade and a good scrub!

Other Things To Do In Mashhad

You mainly come to Mashhad for Imam Reza’s Holy Shrine. It is best to visit the complex at least twice, at different times of the day (plan an evening), to discover different atmospheres of this quite unique place… There are nonetheless a few other highlights in and around Mashhad:

Since I was so close to the border to Afghanistan, I wanted to venture in areas of Iran with a significant Afghani influence. So I hopped on a bus to Torbat-e Jam, to visit Sheikh Ahmad-e Jami Mausoleum Complex (also called Aramgah-e Jami).

There are regular buses that cover the 165 km between both cities, an easy 3 hour ride best done early morning (the first bus leaves at 06:15 am). On the way back, you can also take a shared taxi that waits near the small bus station of Torbat-e Jam.

The Aramgah is indeed nice, but would hardly justify 6 hours on a bus… The true highlight was strolling the streets of this small city where only very few foreigners come. People seem simply delighted to see visitors, and will go well out of their way to make your visit pleasant.

In the streets of Torbat-e Jam

I first got invited to join a guided tour of the Aramgah organized by a local family, and enjoyed detailed translations of the explanations of the keeper of the mausoleum. This also enabled me to reach rooms closed to the public, some holding copies of the Koran 1.200 years old!

Later on, I was invited by a gentleman speaking perfect English to visit his friend Abdollah, a famous traditional singer and dancer who performed for me both traditional dances & songs.

So yes, Torbat-e Jam turned into one of the main highlights of my both trips to Iran! 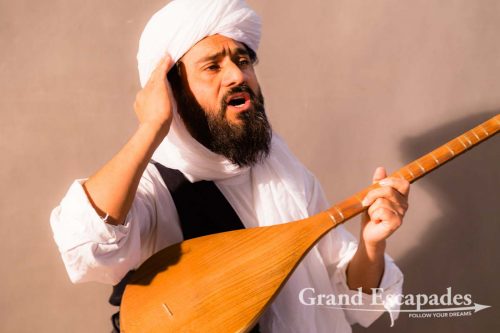 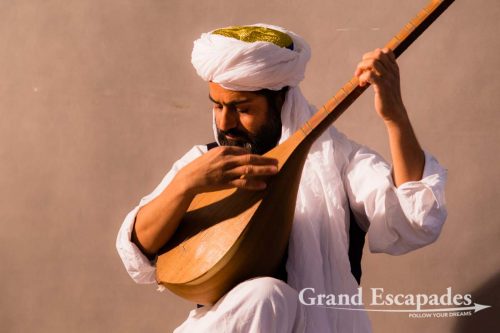 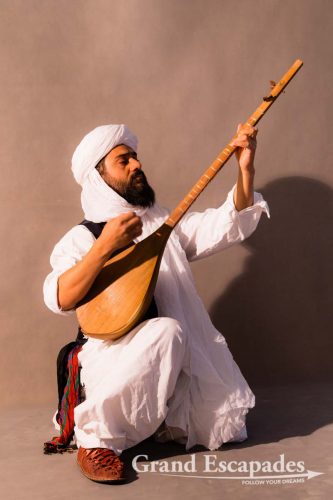 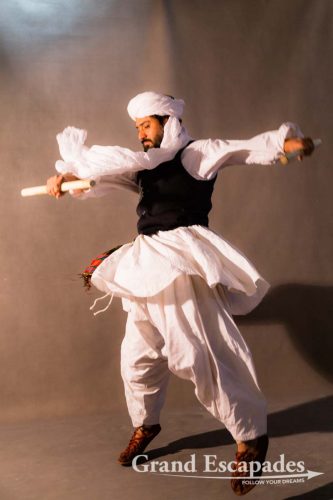 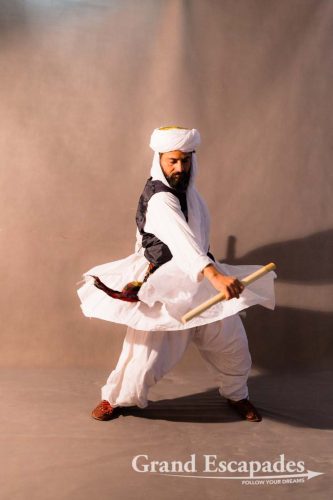 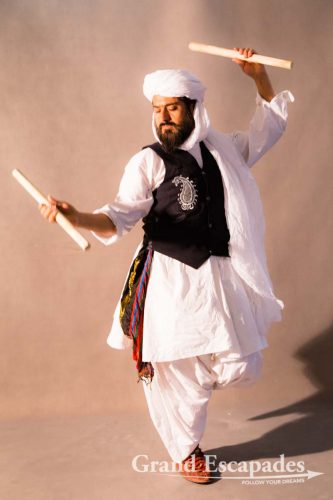 Teheran – There Is Much To See In This Chaotic Megacity!
Ancient Oasis – Shushtar, Choqa Zanbil & Shush