Kashan has changed a lot since 2014! Three years ago, it was still somehow a hidden gem that most visitors would bypass en route from Teheran to Esfahan. I liked the quiet, Off The Beaten Track feeling to this city during my first trip there.

I was in for quite a shock when I returned to Kashan in September 2017. Quickly I understood that after two weeks spent in more remote, less visited parts of the country (Tabriz & the Northwest; Mashhad & the Northeast; Shushtar, Choqa Zanbil & Shush in the Southwest), I had now returned on the main “Tourist Trail” in Iran (Teheran – Kashan – Esfahan – Yazd – Shiraz). And yes, tourism has boomed, especially but not only, organized tours!

This brought along major changes in the experience I had from the city. Apart from the large groups at some points of interest, now tour guides and touts address you at touristic highlights and try to sell you their tour to whatever destination far off… Taxi drivers are eager to take you further afield, for tourist prices, of course! True, it turned out far worse in Esfahan and especially Yazd! We are far from the genuine interest in foreigners I experienced 3 years earlier… Moreover, several of the most beautiful Traditional Houses have been turned into Boutiques Hotels, and several seem to follow suit.

I completely ignored what touts offered, not knowing if I am missing something truly great or simply touristy. But even with those changes, I once again deeply enjoyed Kashan and its many highlights…

Kashan is famous for its once-splendid Traditional Houses with their sunken gorgeous courtyards dominated by flowers beds, trees and a longish rectangular pool. Built by wealthy merchants in the 19th Century, they feature everything from intricate stone relief, fine stucco, elegant mirrors and stained glass work… I visited the most famous and most popular ones, and though entrance fees for foreigners are high, they are definitely worth the detour!

The bazaar of Kashan is probably one of the best in Iran: not too busy but never too quiet; not too big so that you get hopelessly lost but not too small that you see it all in no time; traditional with the ever present carpets, gold & jewelry, copper, wood carving, perfumes, spices, dry fruits, nuts… but with a nod of modern goods.

Bazaar of Kashan, during the Ashura, Iran

The multi-domed roof of the bazaar dates from the 19th Century, but the site has been the center of trade in Kashan for almost 800 years! The bazaar is dotted with covered or open air courtyards, most of them with a central dry fountain, but also with caravanserais, hammams and of course tea houses & restaurants. A place that invites you for long, aimless strolls… 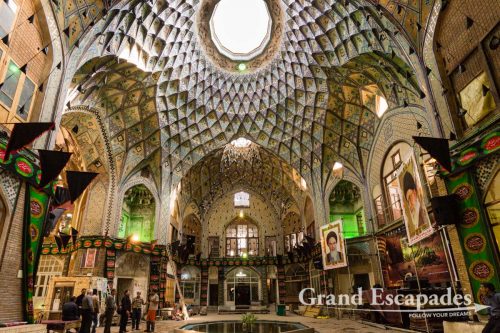 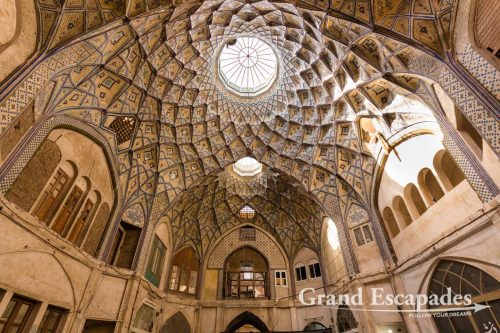 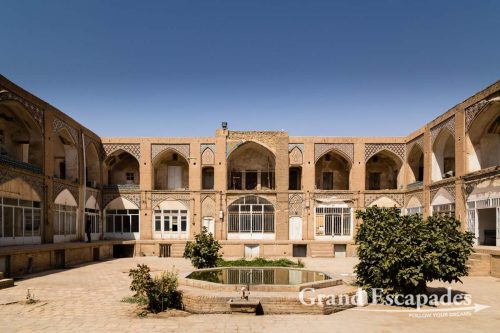 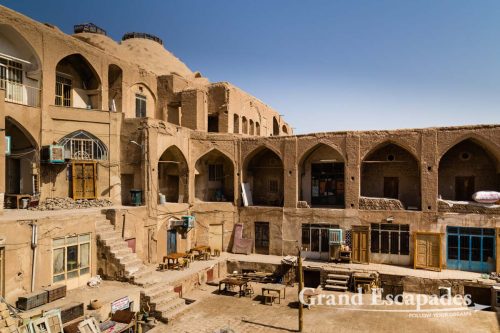 Strolling The Streets Of The Old City

With comparatively little traffic and short distances, Kashan is easily visited on foot and offers an opportunity to wander the meander of small alleys in the old part of town, mostly away from the traffic that you encounter in every Iranian city.

That’s how I stumbled upon the old city walls, a part of which has been renovated… Quite an impressive sight, unfortunately with no explanation whatsoever about it… As it is often the case in Iran once you have left the main touristic attractions.

A UNESCO World Heritage, Fin Garden, 7 kilometers outside of the city is nice, but nothing really special. It can be easily reached by public bus for very little money. 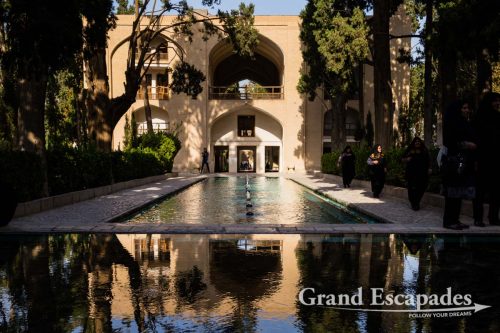 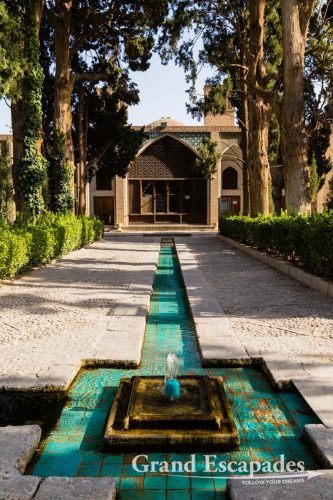 Tappeh Sialk, midway to the Fin Garden, is one of the most important prehistoric archaeological sites in Iran, with occupation dating back over 8.000 years to 6.000 BC! It is a testament to an ancient civilization that was truly sophisticated beyond its time.

The first inhabitants lived in simple huts, then started building irregularly-shaped mud brick homes, before creating rectangular-shaped mud brick homes with arched rooftops. Between 3000 and 2500 BC, significant advancement in pottery and tools has been observed, with signs of trade, literacy and an ability to make bronze. The construction of the ziggurat was further proof of development. The site was destroyed in the 8th Century BC.

Considering the archeological importance – we are talking about remains built up to 8.000 years ago, only very few visitors strolled around the site! 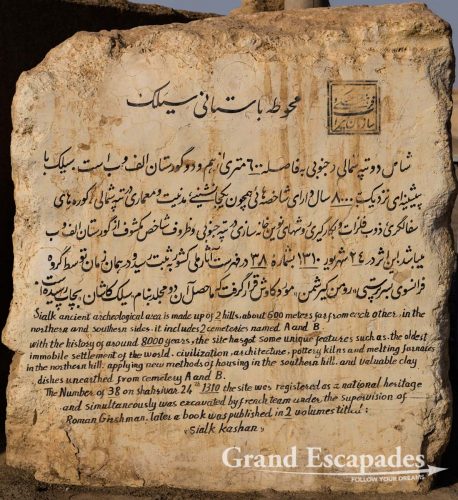 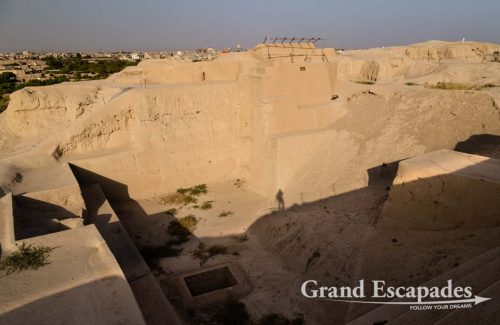 Abyaneh offers a very popular day trip from Kashan. I was there back in April 2014, so I did not felt like going back, considering that tourism has developed so dramatically in and around Kashan and that now many local agents offer daytrips there…