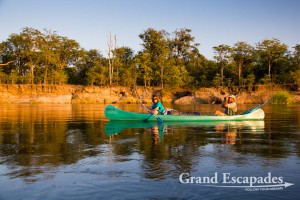 Should anybody ask us what we liked best about this entire trip, the answer is very simple: the four days canoeing on the Zambezi River, camping on its bank and being in the midst of all this wildlife. And let’s not forget, listening to Gus’ exciting stories, a resume of 20 years of experience in national parks all over southern Africa. 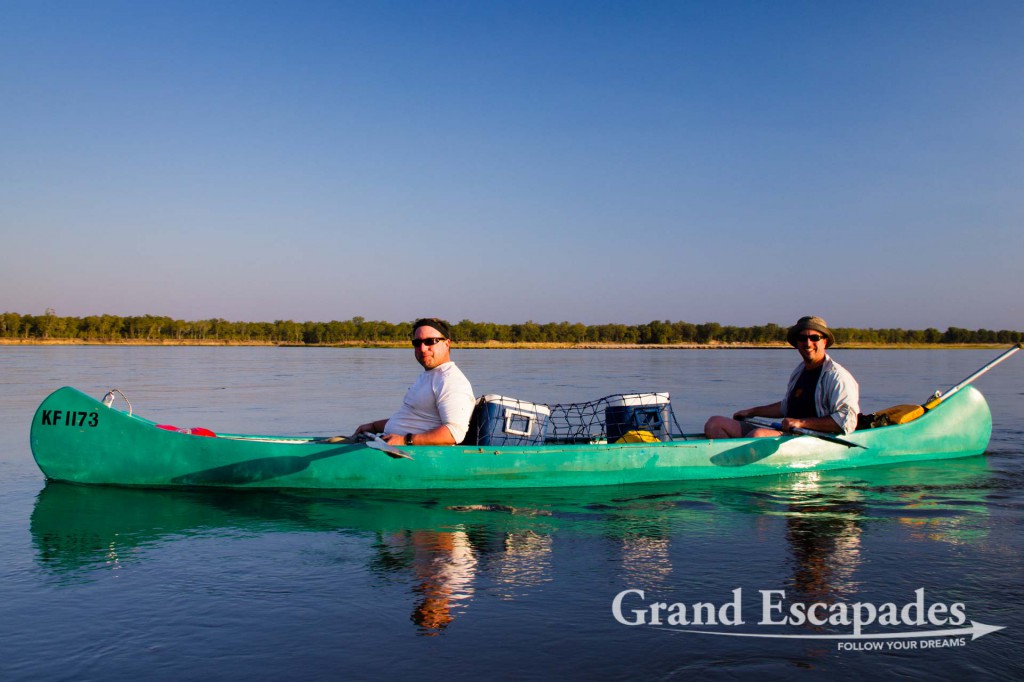 What made it so special? The different approach to game viewing! We moved in canoes and on foot. Yes, on foot… Each day, just after dawn, Gus, our guide from SunPath Safaris, took us for a walk through the bush, always sporting a revolver and a gun on these excursions. Luckily, he never needed to scare off a startled or frightened animal. How we felt? Rather exposed, but we soon got used to briskly walking single file behind Gus, stopping, getting down on our knees, crawling or whatever movement the situation required.

The rest of the days we spent in our canoes gliding down the Zambezi. This required surprisingly little work, the light current doing most of the job. Gus and Heidi shared one canoe, Jason and Gilles took turns steering theirs through the hippo infested river. 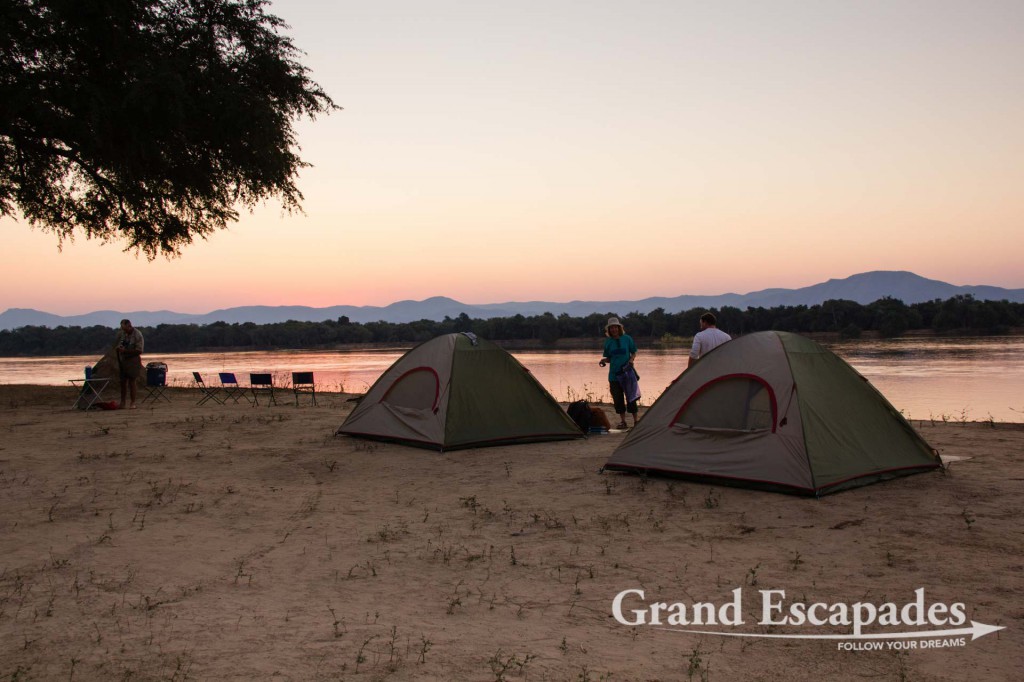 Floating through this most scenic valley was a highlight of its own, but it was this unique safari that we found most thrilling. Our encounters with game were immediate and often dangerous, especially with hippos. Gus claimed that 2.000 of them inhibit this stretch of the river and they required all your attention. Initially, we thought those dozing motionless on a river bank are easiest to ignore. However, they did not ignore us: they always noticed us, got up one by one and heaved their large bodies into the water, where we were. We never got used to 20 hippos moving our way, although Gus explained that they simply try to get into a safe environment: the water.

Hippos squatting in shallow water can be equally vicious, where they scare you with their loud snorting and grizzly stares. Even hippos sleeping can be dangerous. According to Gus, they come to the surface for breathing while sleeping and knock against canoes… frightening the hell out of tourists! 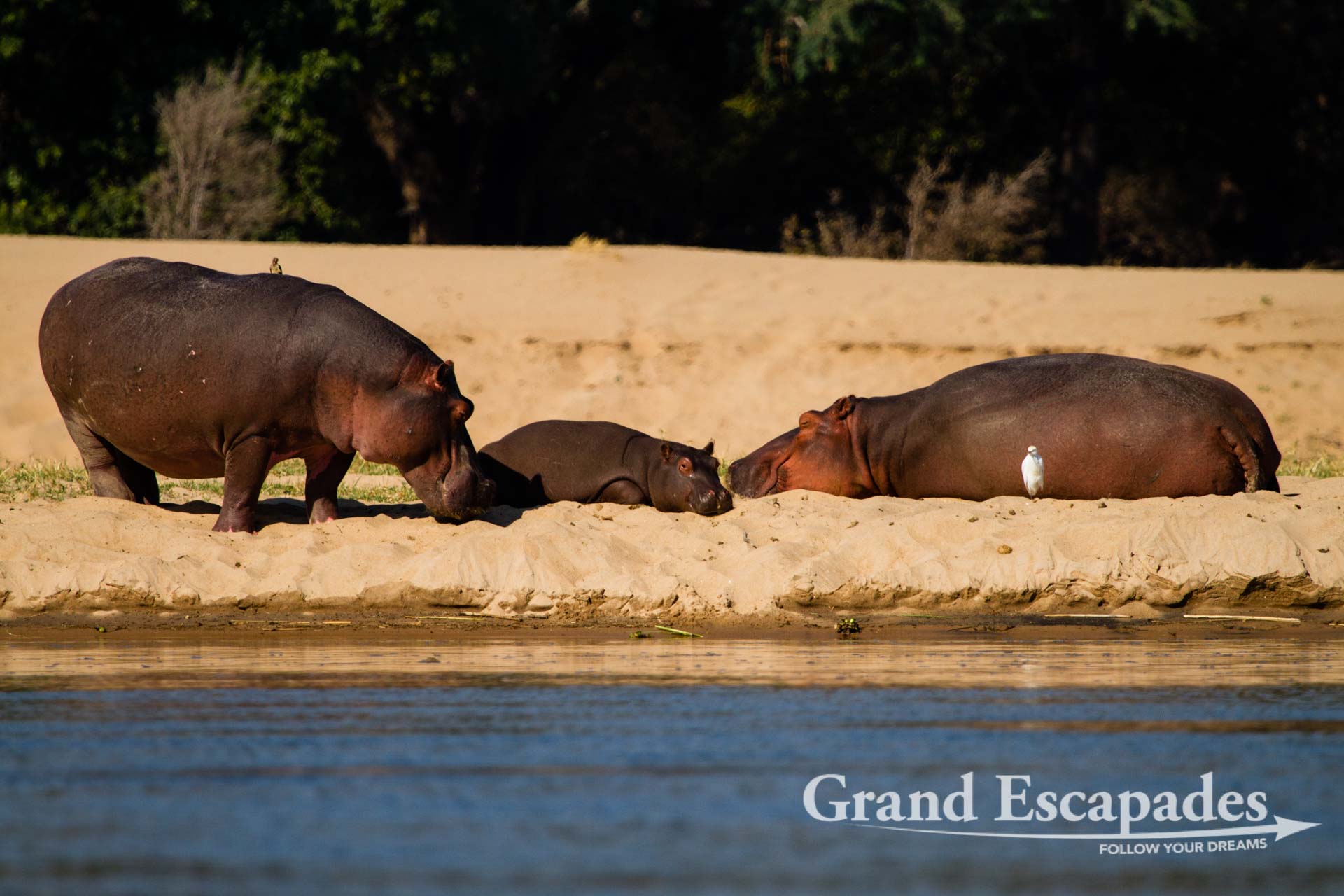 Lots of crocodiles could not be bothered by us. Gazelles and waterbucks would keep their distance or fearfully flee with graceful leaps. Once we waited for an hour until a family of elephants was ready to cross the river. What a sight when they first waded through the shallow water, but eventually the small baby elephant had to swim. It looked rather inexperienced: its head popping in and out of the water. 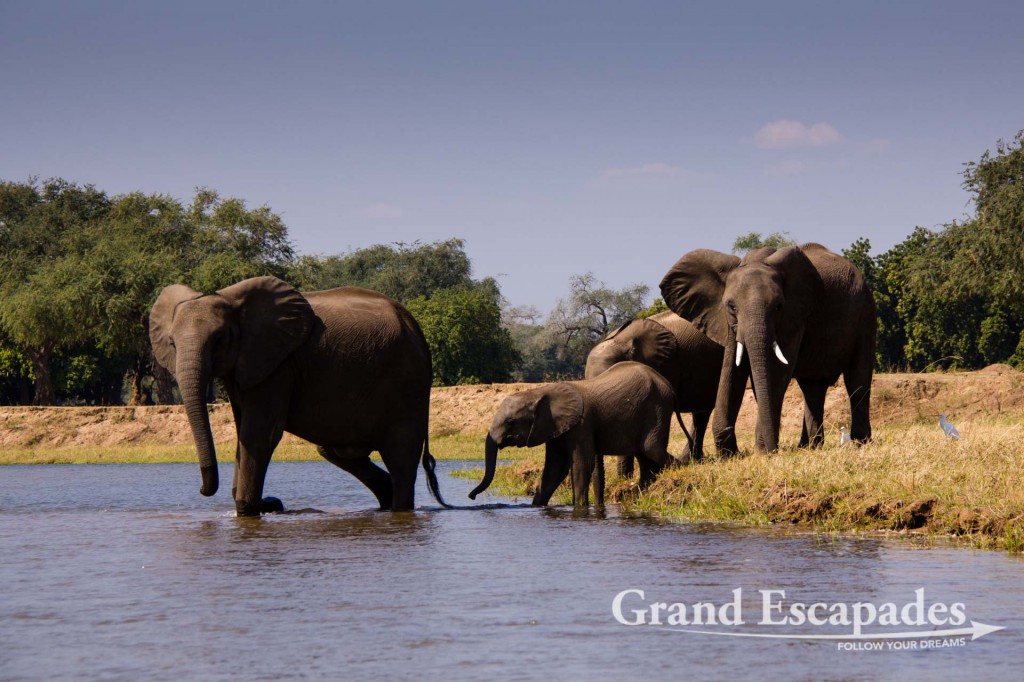 Sitting at the campfire at night was equally electrifying, watching unparalleled sunsets and listening to the increased activity of animals around us. Soon we would not see but only hear them, wading through the shallow water, ripping of leaves and rampaging through the undergrowth just next to our tents… 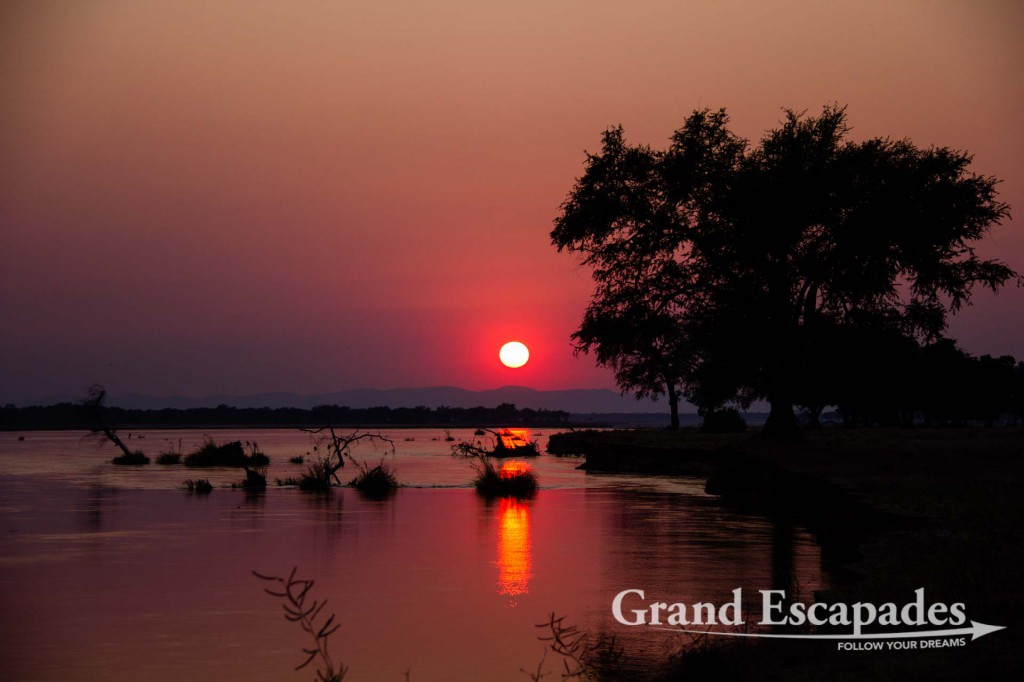