At the western end of Uganda, Queen Elisabeth National Park is considered a “must-do” on most itineraries through Uganda’s National Park. But for the very pleasant and scenic boat cruise on the Kazinga Channel, I found it grossly overrated, especially considering the extravagant prices now asked for by Uganda agencies…

A Spectacular Scenery, Especially At Dawn

True, the scenery is spectacular and unique: green islands seem to float in the golden colored savannah plains. At a closer look, these are dense shrubs surrounding a cactus tree. In the early morning with the mist nestled in-between, this view was quite mystical.

Choose The Time Of Your Visit Carefully

At the beginning of the short dry season (December through February), rangers burn down high grasses in the park to fertilize soils and insure that during the wet season, new grasses will feed the game. This definitely makes sense!

This has nonetheless a major impact on game viewing: most animals flee deeper into the park, where there is no trail for game drives. In January, Queen Elisabeth National Park was hence mostly void of animals, offering long drives with nothing to spot…

And do not expect any local travel agencies to tell you the truth beforehand. Only once you have arrived and confront them with the truth do they finally acknowledge that it is a fact… Most people I met there were utterly disappointed or even biter!

It is strictly forbidden to drive off-road in Uganda’s National Park, unlike other countries like Kenya, Tanzania, Zimbabwe, partly South Africa… Considering that you have a low density of trails through most National Parks, and that those trails only reach parts of the National Parks, this reduces your chances to seeing game tremendously. And this is all the more true for the few predators you have in the park… Your odds to getting close to them are therefore very dim!

On the second morning, we finally found lions, which were resting in the distance. They were so far that guides couldn’t even tell if they were males or females… A few cars had gathered there, as those lions were the only possible highlight of the morning. Facing open frustration of several photographers commenting openly how miserable the game viewing was, one of the guides negotiated with rangers that 2 cars could drive off-road for a mere 20 USD per vehicle. The decision didn’t take long, and off we went with an American Photographer. Yes, this was a nice 2 to 3 minutes, and enabled a few great shots! 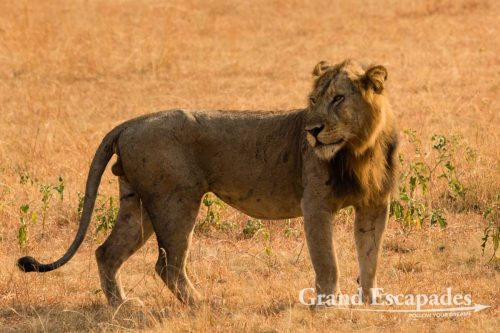 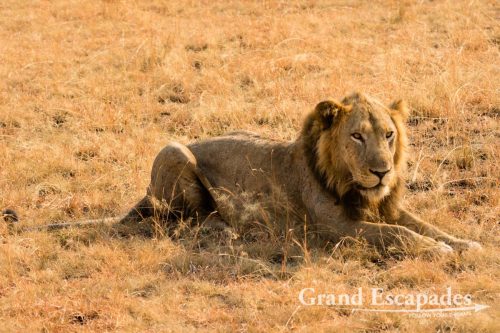 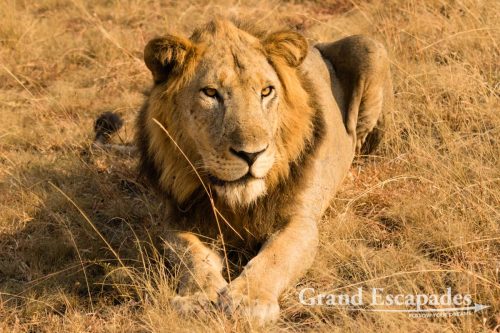 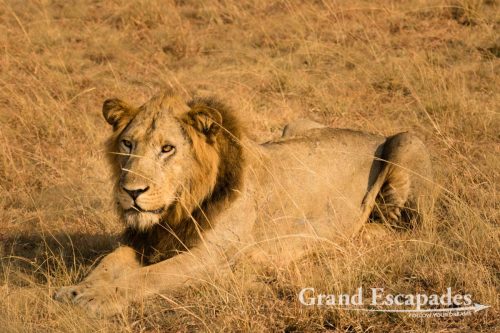 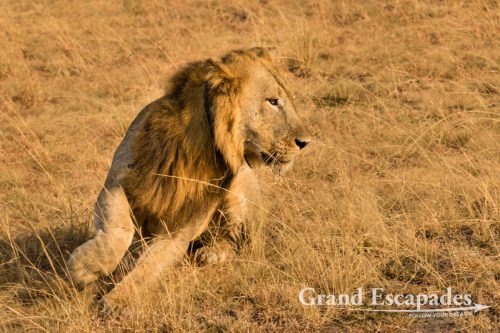 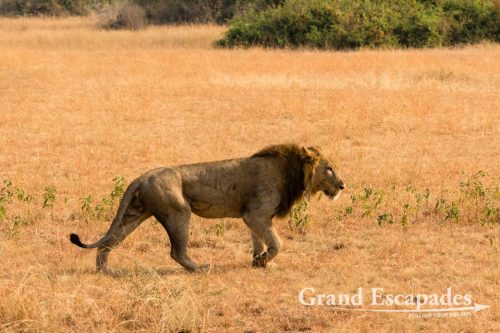 To the question if it was legal, the answer was yes, as the guides assured they had an agreement from the rangers. Well, guess what: we didn’t get any receipt for this…

There are 40 of those famous lions that developed the habit of lazing in one of the fig trees doting the southern part of Queen Elisabeth National Park. Given that number and the size of the area, plus the fact that trails are not that many, your odds of spotting them are anyway slim…

In summer 2011, I only had one game drive and considered I had not tried hard enough. So when I went back to Uganda in January 2017, I decided to go for 2 game drives to improve my odds… Well, the lions hadn’t been spotted in 4 days, so I left once again empty handed…

But for the lions, the Ishasha Sector in the southern part of Queen Elisabeth National Park is almost void of animals, a pure waste of time, gasoline and of course (a lot of) money!

The more serious game viewing is supposedly north of the Kazinga Channel that connects Lake Edward and Lake George. Especially in the short dry season, when rangers have brunt down part of the high grasses, it is a pure waste of time and a very disappointing experience, a pricey one at that! In July 2011, it was actually not far better…

Boat Cruise On The Kazinga Channel

The true highlight in Queen Elisabeth National Park is the boat trip along the Kazinga Channel. Buffaloes wallow in the shallow water, next to large pods of hippos; herds of elephant come to drink in the afternoon; birds bounce on branches on the riverbank. A true delight!

The boat drivers are knowledgeable and come as close to the shores as possible, enabling some really decent game viewing, a far better experience than game drives through the National Park… Pick the afternoon cruise, when elephants come to the water! 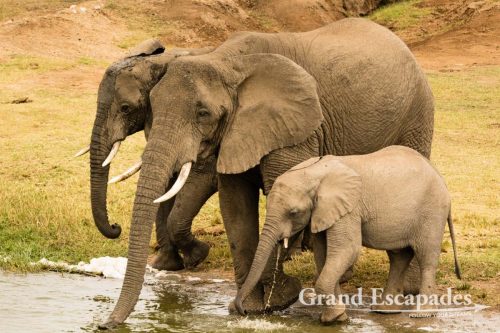 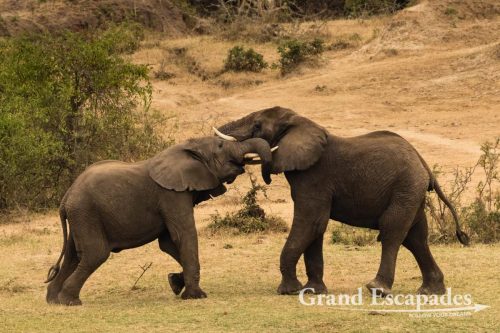 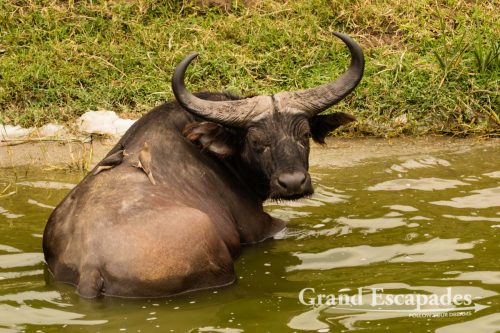 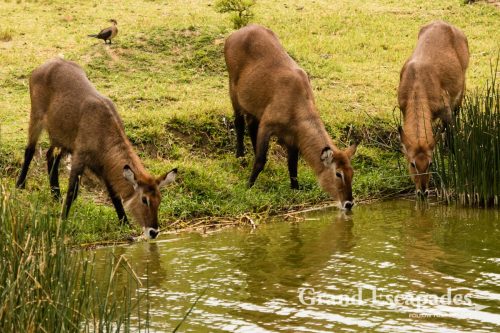 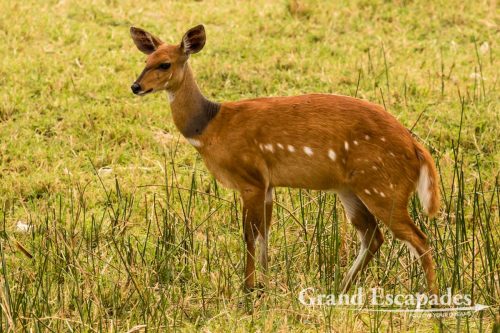 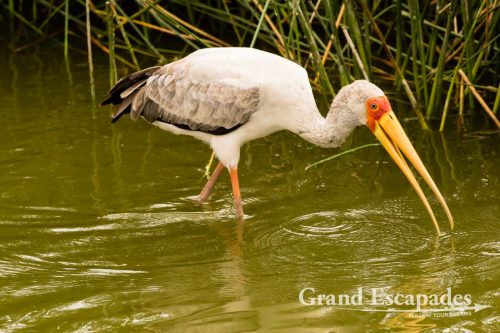 I would all in all recommend skipping game drives in Queen Elisabeth National Park and focus solely on the boat cruise on Kazinga Channel: the game viewing is poor, travel agencies do not do their job and inform their customers about the best and worst periods of the year to spot animals, and ask for extravagant prices…