During my first trip to Uganda back in August 2011, I had an outstanding experience at Murchison Falls National Park: both game drives & the boat trip to the falls offered excellent wildlife watching opportunities. I came back with a few excellent pictures and found memories.

So I went back with high expectations! Maybe too high, actually… The second visit to Uganda’s most famous National Park in January 2017 was actually good, but somehow, the premium prices that are now common in Uganda’s National Parks are no longer in line with the experience offered.

Choose The Time Of Your Visit Carefully

At the beginning of the short dry season (December through February), rangers burn down high grasses in the park to fertilize soils and insure that during the wet season, new grasses will feed the game. This definitely makes sense!

This has nonetheless a major impact on game viewing: most animals flee deeper into the park, where there are fewer trails for game drives. So you will experience long drives with nothing or almost nothing to spot… Even if it is not as bad as in Queen Elisabeth National Park Park, game viewing was all in all decent but nothing spectacular… 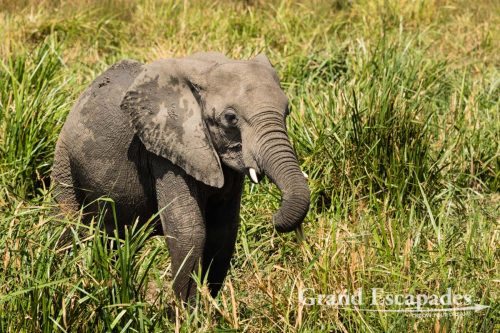 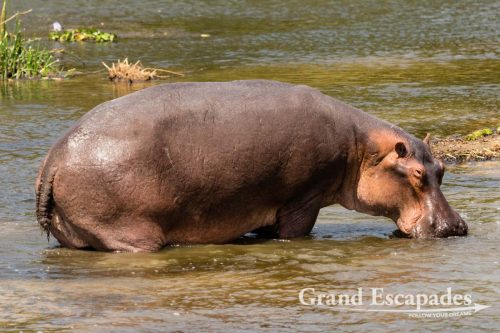 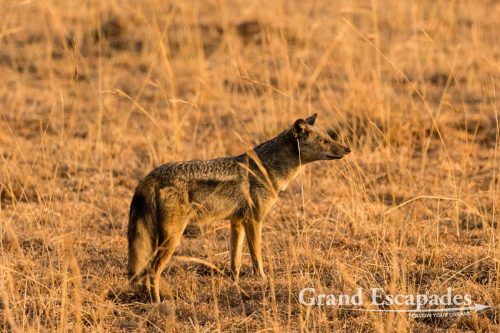 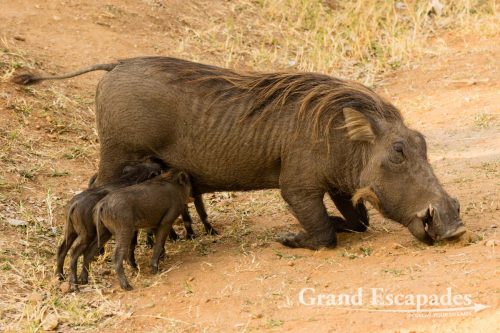 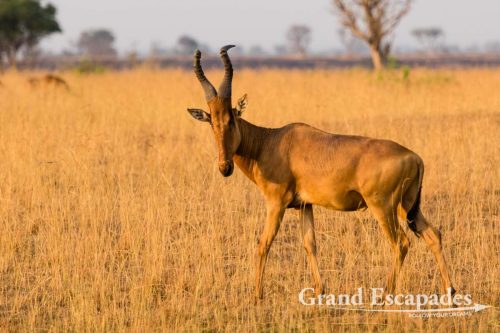 Moreover, during this time of the year, temperatures go through the roof, with more than 40 degrees Celsius during the day being the norm and temperatures hardly going down during the night! So be ready for a very hot time once inside the National Park…

And do not expect any local travel agencies to tell you the truth beforehand. Only once you have arrived and confront them with the truth do they finally acknowledge that it is a fact… Most experienced travelers I met there were disappointed, to say the least!

It is strictly forbidden to drive off-road in Uganda’s National Park, unlike other countries like Kenya, Tanzania, Zimbabwe, and partly South Africa… Considering that you have a low density of trails through most National Parks, and that those trails only reach parts of the National Parks, this reduces your chances to seeing game tremendously. And this is all the more true for the few predators you have in the park… Your odds to getting close to them are therefore very dim! 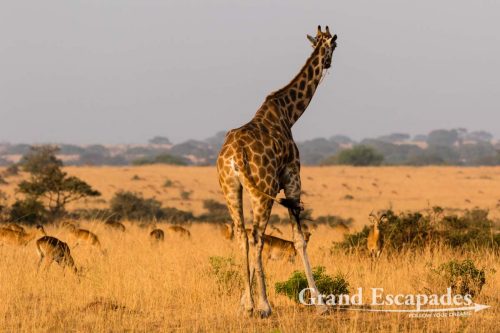 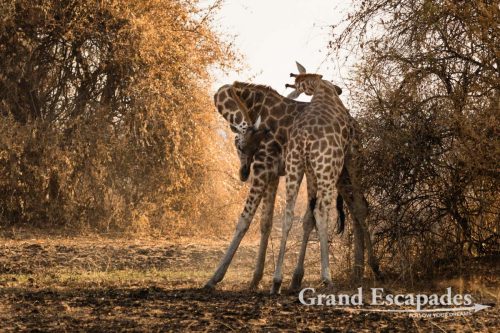 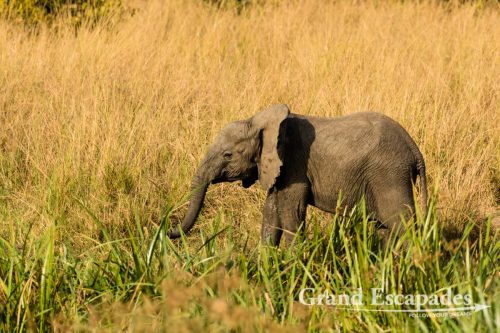 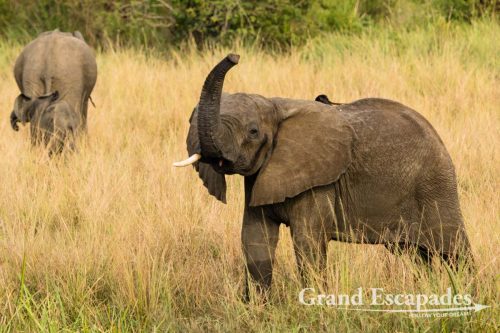 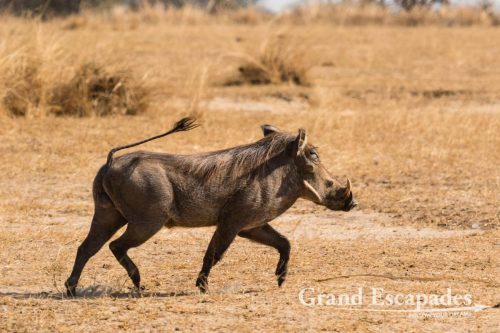 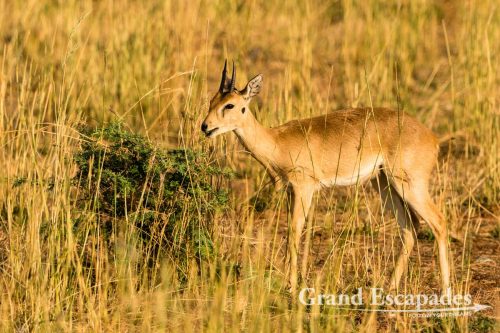 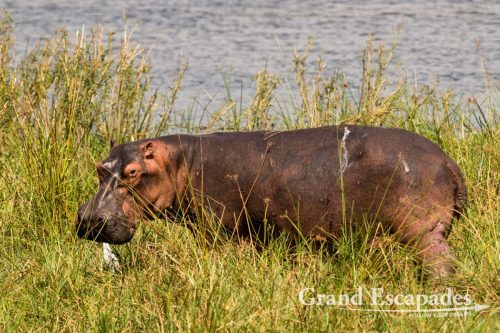 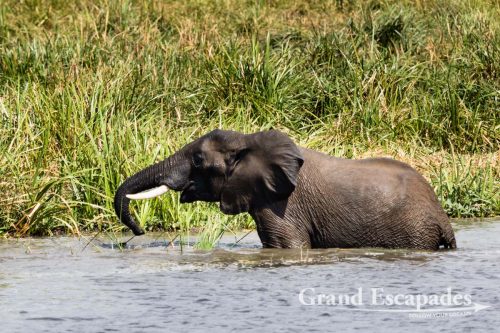 As already mentioned, game drives were decent, and by all means much more rewarding than at Queen Elisabeth National Park Park. But they were not that spectacular, too:

Boat Trip To The Falls

The Cruise to Murchison Falls on the Nile is definitely a pleasant moment, when you can enjoy the scenery and some wildlife watching & especially some decent birding.

Near the narrow gap, where the Nile forces its way through the rocks, the boat stops midstream, giving you a few minutes to admire the mighty Murchison Falls. The gushing waterfall is announced by small foamy chunks floating downstream: these “white horses”, as they are locally referred to, are caused by the immense pressure the water is exposed to.

Insist on going on the afternoon cruise, when you have more wildlife close to the water. 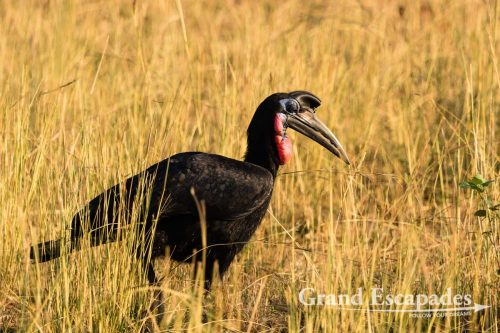 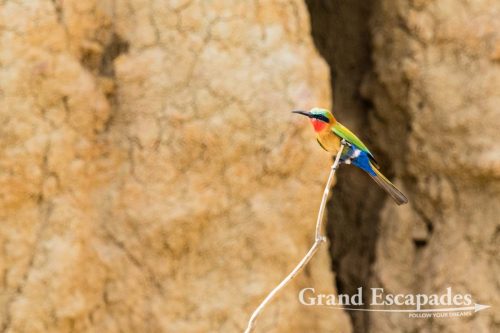 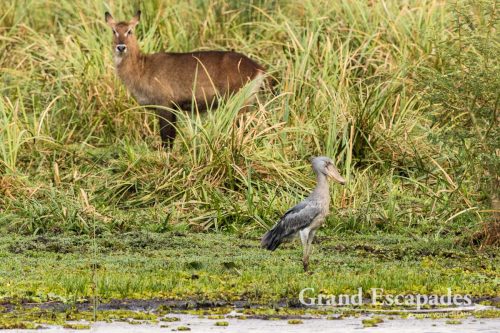 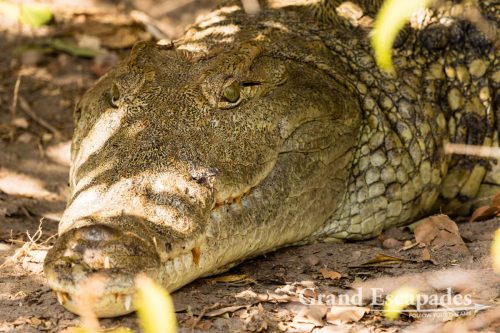 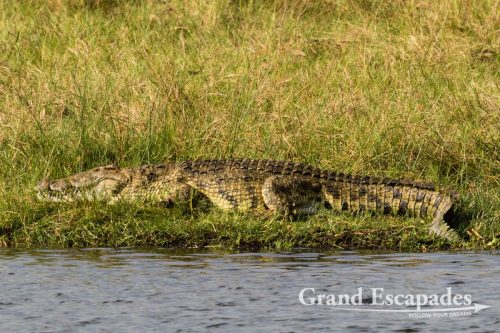 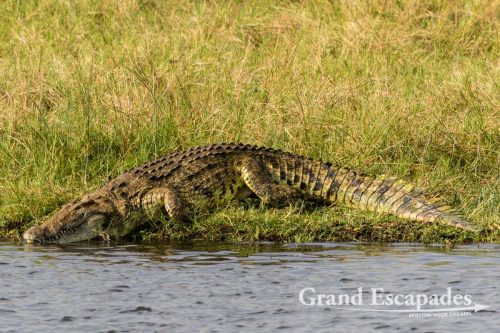 Unfortunately, as in most cases in African National Parks, you can choose between luxury or rock-bottom accommodation options, and there is nothing in between. This is a shame, especially considering that National Park entrance fees are high and that you need a car, so there would definitely be room for mid-range options…

During my last trip to Uganda back in August 2011, I stayed at the luxurious Nile Safari Lodge. Amazing, but really pricey…

Since I was traveling on a budget in January 2017, I chose the only budget option, the Red Chilli Rest Camp. True, it is cheap (40 USD for a very basic bungalow with shared bathroom), but electricity only works a few hours a day, so be ready to sweat a lot as the fan will only work these few hours!

If you are on a budget, check the tours offered by Red Chilli in Kampala. They are comparatively cheap and will give you the opportunity to get a good glimpse of Murchison Falls National Park. But do not expect any flexibility…

Else, you will have to have your own car or be on a tour, and prices will hence go through the roof! There is indeed no way you can visit Murchison Falls without having a car, as the camps are a one hour drive from the gate of the National Park.

On The Way: Ziwa Rhino Sanctuary

Ziwa Rhino Sanctuary is conveniently positioned on the road from Kampala to Murchison Falls National Park, so visiting the sanctuary will not require any detour.

Ziwa Rhino Sanctuary was one of the highlights of my previous trip. Seeing White Rhinos on foot from less than 10 meters is simply a unique privilege. Also understanding the challenges of conservation and the severe problems of poaching was an eye opener. So I wanted to go back… 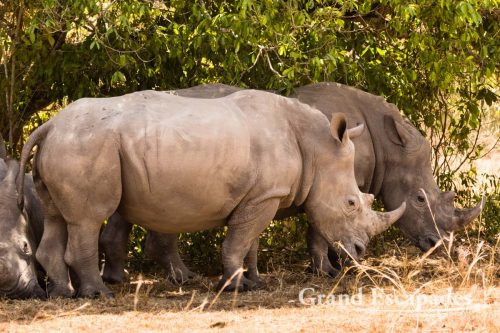 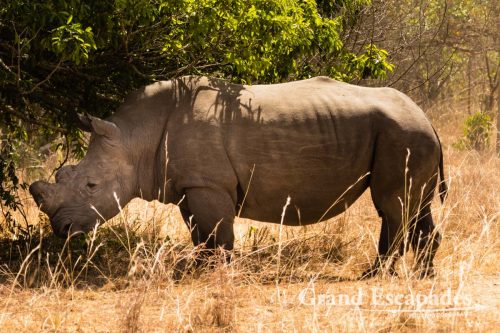 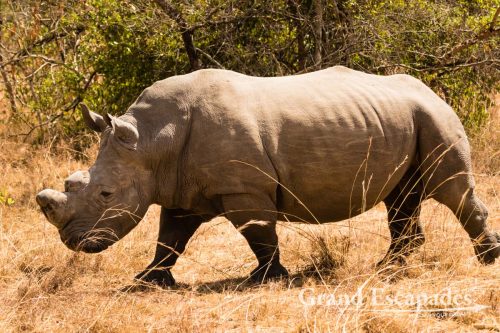 Unfortunately, and even if I had clearly stated I wanted to do the walking tour at around 16:00 to enjoy the softer end of the afternoon light, we arrived there early and I was surprised to be taken immediately on a walk… When rhinos are resting in the shade of the trees. That was a huge disappointment!

If Gorilla Tracking and Chimpanzees Habituation are truly unique experiences, Game Drives / Safaris in Uganda proved to be no better than average, and at the meantime extremely expensive. In the last few years, prices for Safaris in Uganda have indeed gone through the roof… Agencies tend to think that “Mzungus”, who are ready to pay 600 USD for a Gorilla Permit, can pay anything, and ask for premium prices for an all in all average experience.

If I had to go back to Uganda, I would focus on Gorilla Tracking & Chimpanzees Habituation, and then on discovering the “real Uganda” and the friendly people there, and skip the Game drives, no matter if Queen Elisabeth or Murchison Falls. Your Safari experiences in Kenya (same visa) or Tanzania will be far better and richer, and won’t cost more.