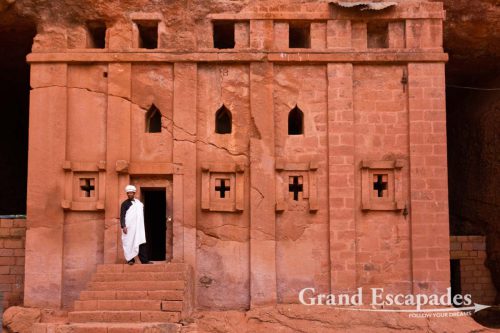 Ethiopia is a stunning country that offers the largest Cultural Heritage of Sub-Saharan Africa, built over centuries by some of the oldest Jewish, Christian (Orthodox) and Muslim communities on earth, and by Empires which influence spread much further than African boundaries…

The Northern Historical Route (Bahir Dar, Gonder, Lalibela, Aksum, Tigray), in the highlands of Ethiopia, but also Harar in the East, take the visitors through the grandeurs of Ethiopian Christian Orthodox culture, with stunning Rock-Hewn Churches and Monasteries, but also through the vestiges of the various Ethiopian Empires, starting with the legendary Queen of Sheba and ending in the 20th Century.

2 Responses to Ethiopia – The Northern Historical Route: A Selection Of 51 Pictures