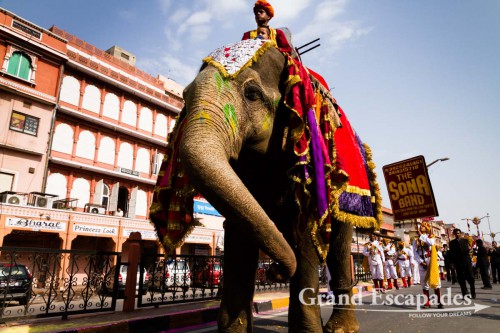 In April 2012 I had my first brush with India, to be precise Eastern Rajasthan: for 11 days I gazed at the most incredible Moghul architecture in Agra and Jaipur. I also threw in a bit of wildlife by visiting Ranthambhore National Park. When I returned in March 2013, I headed for the Southwest of Rajasthan for 12 days, to marvel at these impressive forts & palaces in Udaipur, Kumbhalgarh, Bundi, Chittorgarh and last but not least Pushkar & Ajmer. Delhi was my hub during both trips.

In March 2015, I went back to Rajasthan for one full month, and made an extensive loop through this area of India: Delhi, Agra, Fatehpur Sikri & Abhaneri, Jaipur, Pushkar & Ajmer, Chittorgarh, Udaipur, Kumbalgarh & Ranakpur, Jodhpur, Jaisalmer, Bikaner & Nawalgarh. I ended the trip in Amritsar (Punjab) to marvel at the Golden Temple.

Why Travel To Rajasthan?

Rajasthan is definitely an ideal place to get a first glimpse of India:

Challenges Organizing The Trip – What Would I Have Wished To Know?

Rajasthan abounds with stunning but extremely popular highlights, so it is extremely tempting to stay “On The Beaten Track” and focus on a very classic route, rushing from one monument to the other, especially if you have a limited amount of time at hand. This is all the more true as regular trains connect those major points of interest very efficiently and very cheaply, keeping you focused on few places.

There are nonetheless real jewels or typical aspects that do not receive as much attention as they deserve (do hardly expect to travel Off The Beaten Track in Rajasthan, though). And more often than not, this doesn’t mean that you have to add a long way… Some of these attractions are actually near major highlights or between to “hotspots”. There, a chartered taxi is a very efficient and not all too expensive alternative: count 7 to 8 Rupees per kilometer – do not forget that you have to integrate the drive back, though!

Of course it is always best to spend at least one night in each place (especially in Chittorgarh, Nawalgarh, and maybe Bikaner), to be able to enjoy the visit before or after the crowd and to use the best light for taking pictures.

Nevertheless, some highlights I truly enjoyed and met less visitors than in the major attractions of Rajasthan… 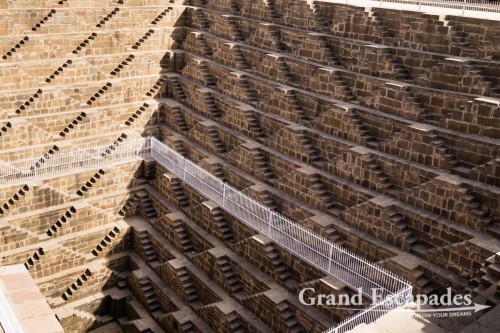 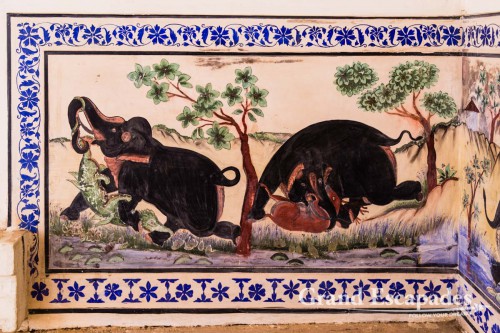 What Will I Especially Remember?

What Would I Do Differently?

Is It Safe To Travel To Rajasthan?

I have mixed feelings about safety issues in India, and this is one of the very few countries where I would recommend some caution…True, all in all, India is a safe country to travel as a man or as a couple. But…

Petty theft is an issue in many places, so leave your valuables in the hotel and avoid flashing expensive mobile phones, which are especially targeted. I got 2 mobile phones stolen from pickpockets in 3 trips, and these are the only theft I experienced so far while traveling (in more than 60 countries)!

Traveling with an (attractive) teenager in 2013 (my girlfriend’s niece, Kelly), I was suddenly and clearly remembered that relations between sexes still are… complicated in India. The recent rape issues, with female tourists also targeted, highlighted a large scale phenomenon. It was hard to manage the unwanted and extremely insistent attention Kelly was receiving from men, young and less young alike. After this experience, I would somehow feel uncomfortable if my girlfriend was to travel alone in India… Maybe this is a prejudice, but I stayed safe in years of travels because I followed my intuition.

Traffic hazards should also be taken very, very seriously. Human life has no value whatsoever, and accidents are both frequent and deadly. As a pedestrian, you are on the lowest level of the “food chain”, and people on motorbikes, tuktuks, cars, you name it… will accelerate in your direction to get you out of their ways. Never have I experienced such a violence toward pedestrians!

The best time to visit Rajasthan is between November and March, that is to say in the dry & “cold” season (expect temperatures between 20 and 30 degrees Celsius). There, you can enjoy blue skies and pleasant temperatures. It is also the highest season, though… So do not expect to be alone at major sites!

English is widely spoken in Rajasthan, so communication is extremely easy.

Getting Around In Rajasthan

Indian bureaucracy is famous for its size and inflexibility, and back in 2012-2013, obtaining a Visa was a major challenge, partly because it was especially complicated (you need pictures of a specific size, for instance, several documents must be copied several times…), but also mainly because it was so bureaucratic and so inflexible that there was always a reason to refuse an application. Some fellow travelers in Vienna (Austria) had to go 3 or 4 times to the embassy before being granted the precious visa!

End of 2014, it turned out to be much easier (might it be that the rapes that made headlines worldwide and the resulting drop of tourism of more than 30% had an impact?), with the agency in charge of processing the applications eager to help and find a solution no matter what… I made three mistakes and all 3 were corrected on the spot with a smile…

Let’s hope this lasts or a Visa On Arrival system is finally implemented.

Rajasthan is popular for its many Mausoleums, Temples, Forts, Palaces, Havelis, … If you want to get a good overview of those, you will need at least one month, as there are simply so many, all of which spectacular in their way!

But what makes Rajasthan the ideal place for first timers in India as well as for people knowing the country very well is the combination of such cultural richness and with area easy to travel independently no matter what your budget is; with a place where you can also discover India’s vibrant, colorful and hectic street life in markets and bazaars, and last but not least with an area where you rapidly change from a gigantic megapolis to some remote rural areas…

Rajasthan is also very cheap to travel: for 45 Euros per person / a day on average I enjoyed a pleasant level of comfort and a great flexibility.