A Great Road Trip Along The North Coast 500!

We traveled two weeks in the middle of August 2019 and covered the “North Coast 500”: this road follows the northernmost coast of Scotland, starting from Inverness in the East and reaching Fort William in the West, including (or not) the Isle of Skye, then back to Inverness. It spreads over a distance of 500 miles, hence the name NC500, and covers some of the more remote and beautiful parts of Scotland.

We recommend driving this road anti-clockwise, as the scenery is even more dramatic. Also leave the main roads and follow those wee, windy, single lane roads as much as you can (especially in the West), to soak in the sheer beauty of the region. Beware that these are no roads for beginners, though! I drove on some of the most challenging roads I experienced so far, partly more challenging than what I encountered in Africa or Asia…

10 days is the bare minimum for such a Road-Trip, at least if you want to have some time soaking in the beauty of the area. Two weeks would be even better, especially if you plan to attend some “Highland Games” (we chose Oban, which was simply amazing). If you want to add some of the remote islands or the lower parts of Scotland (which are horribly touristy in the summer), calculate extra time.

Organizing this trip to Scotland and especially deciding upon an itinerary turned out to be a real challenge, one of the most difficult trips I had to organize so far. It might sound very, very surprising, for such a touristy destination in Europe… So just keep one thing in mind when organizing your trip to Northern Scotland: it is a Road-Trip, and “The Journey Is The Destination”! You will not want anything in particular, just discovering the country at a slow pace.

Why Travel To Northern Scotland?

Traveling through Northern Scotland is mostly about majestic, isolated, wind-swept, lonely landscapes. It is a Road-Trip, one that will take you to some of the most remote and isolated, windy roads in Europe.

Depending on your expectations, you might just want to soak in this unique landscape; visit some superb, history & mystery loaded castles; discover some of the best Whisky distilleries in the world (beware that you will not be able to do that with small children or infants); enjoy prime seafood; go on some serious hiking; test your driving skills on some of the most challenging roads one can imagine; or attend one or several of those “Highland Games”, a truly unique experience! Choose your pick!

You will not do it all, you will not see it all (except if you have a few months at hand), so choose a theme for your trip. Take the weather into considerations, as it might be not as good as you expected, trust our experience… 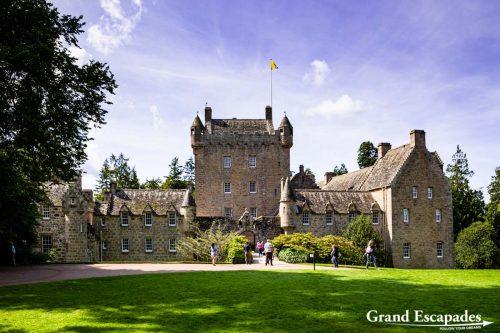 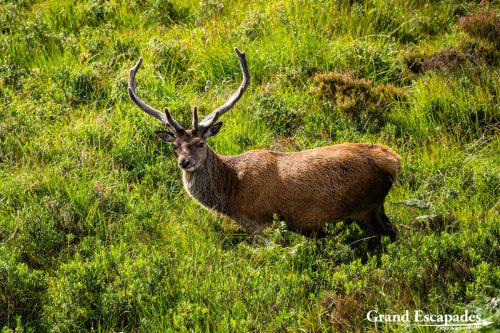 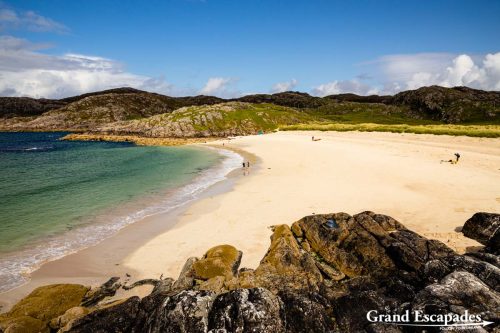 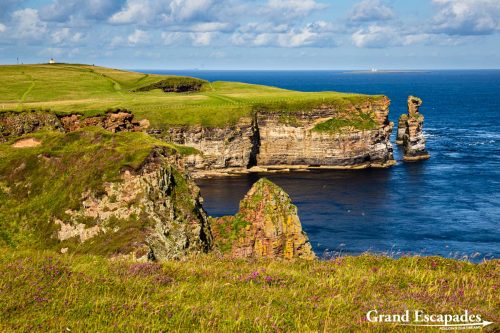 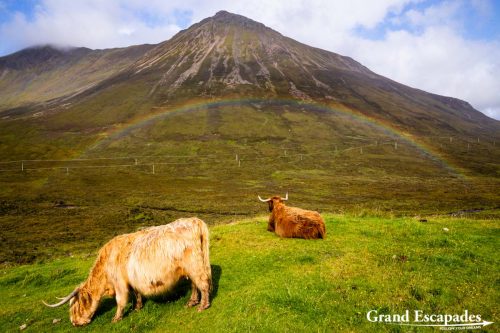 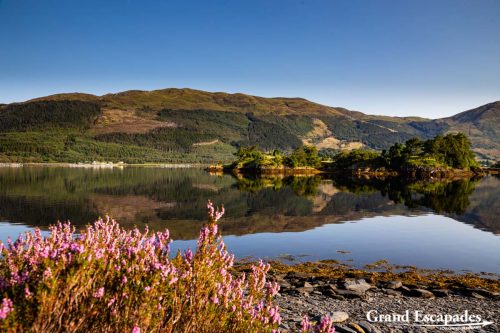 As mentioned above, organizing this trip was a major challenge, especially setting an itinerary and deciding on what we wanted to do up there…

Highlights Of The Trip / What Will We Especially Remember?

In no other destination have I experienced as much as in Scotland that “the Journey is the Destination”… There is no real highlight and the whole “North Coast 500” is actually a highlight. Each day took us through new discoveries, and maybe what was supposed to be the highlights was not what we enjoyed most.

Looking back, this is surely why we had such troubles organizing this trip… There are no 10 “boxes to tick” when doing this Road-Trip! Just enjoy things as they come. And you will enjoy them! Our most sensible advice will be to leave the bigger roads and go to the smaller back-roads that follow those locks.

This is nonetheless what we enjoyed most:

No matter what you do, you will not be alone, at least not in the summer! Scotland has turned into an immensely popular destination, and especially in the summer, it will be difficult to escape the crowds. Nonetheless, once you have left the bigger cities and lower Scotland (and the Isle of Skye), you will experience fewer people.

Leave the bigger roads, and you might very well end-up being all alone to soak-in some stunning landscapes. Beware that those roads might challenge your driving skills, though. The more remote, outer islands might be much less popular, but we had no time to discover them.

But mostly, we would recommend avoiding the summer months, which are really, really crowed! Rather choose April to June or September & October!

As already said: avoid July and August as much as you can. Your best bet will be April to June or September & October.

Getting Around In Northern Scotland

You will definitely need a car if you want to discover Northern Scotland. Car rental was actually reasonably priced.

The Road-Trip along the North Coast 500 or NC500 is definitely one of the most spectacular one can think of. It was a very good choice to focus on this part of Scotland in the summer and not follow the crowds in lower Scotland.

I would nonetheless definitely recommend avoiding the summer altogether, as it is horribly crowed, and as the weather will be neither better nor worse than in the shoulder season, that is far less crowded.